Android has Fallen! Yet another set of Android security vulnerabilities has been discovered in Qualcomm chipsets that affect more than 900 Million Android smartphones and tablets worldwide.

What’s even worse: Most of those affected Android devices will probably never be patched.

Dubbed “Quadrooter,” the set of four vulnerabilities discovered in devices running Android Marshmallow and earlier that ship with Qualcomm chip could allow an attacker to gain root-level access to any Qualcomm device.

The chip, according to the latest statistics, is found in more than 900 Million Android tablets and smartphones.

The vulnerabilities have been disclosed by a team of Check Point researchers at the DEF CON 24 security conference in Las Vegas.

The four security vulnerabilities are:

Qualcomm is the world’s leading designer of LTE (Long Term Evolution) chipsets with a 65% share of the LTE modem baseband market. If any one of the four flaws is exploited, an attacker can trigger privilege escalations for gaining root access to an affected device.

All an attacker needs is to write a piece of malware and send it to the victim. When installed, the malware offers the attacker privilege escalation on the affected devices.

According to the researchers, the attack can also be conducted through a malicious app. An attacker needs to trick a user into installing a malicious app that, unlike other malware, would execute without requiring any special permission checks.

“Such an app would require no special permissions to take advantage of these vulnerabilities, alleviating any suspicion users may have when installing,” Check Point researchers write in a blog post.

If any of the four vulnerabilities are successfully exploited, an attacker could gain root access to an affected device, giving the attacker full access to the device, including its data, camera and microphone. 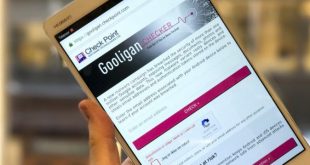 Google has launched a second messaging platform, Google Allo, soon after the launch of their dedicated …