Less than a month after Apple suffered one of its biggest malware attacks ever, security researchers have discovered another strain of malware that they claim targets both jailbroken as well as non-jailbroken iOS devices.
Last month, researchers identified more than 4,000 infected apps in Apple’s official App Store, which was targeted by a malware attack in which some versions of software used by developers to build apps for iOS and OS X were infected with malware, named XcodeGhost.
And Now:
Researchers from a California-based network security firm Palo Alto Networks have discovered new malware that targets Apple’s iOS users in China and Taiwan.

Dubbed YiSpecter, the malware infects iOS devices and once infected, YiSpecter can:
It is still unclear how many users have been or could be infected by YiSpecter, but according to the researchers, this first instance of iOS malware targeting and succeeding in infecting non-jailbroken iOS devices has been around since November 2014.
YiSpecter targets jailbroken as well as non-jailbroken iOS devices by abusing private APIs to allow its four components that are signed with enterprise certificates to install from a centralized command and control server.
Three of the four malicious components can be used to hide their icons from iOS SpringBoard – the standard app that runs the home screen – and also disguise themselves with the same name and logos of system applications to escape detection from users.

How to Remove YiSpecter from Your iOS Devices?

For iOS users who are potentially infected by YiSpecter should follow the below four-step processto remove the malware from your devices:
You can further visit Palo Alto Networks’ blog post for more information on YiSpecter.
Share

Technology Enthusiast with a keen eye on the Cyber-security and other tech related developments.
@gopu0000
Previous ‘Dropbox Hacker’ Claims To Have 7 Million Passwords
Next How to Install Android 6.0 Marshmallow and When will Your Smartphone Get it? 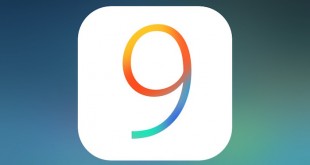